Just few days ago, I disassembled Yunit5 in order to use some of its component for new project. This robot is actually one of thoughtful robot so far. I could learn a lot from testing unique functions including omnidirectional camera and dual kicker mechanism.

I'm currently in charge of hardware development in RoboCup small size league team ibis, and going to design new version's hardware in the team. I will spend my maximum effort on it from now on, and hopefully I can introduce the new robot in the next year. 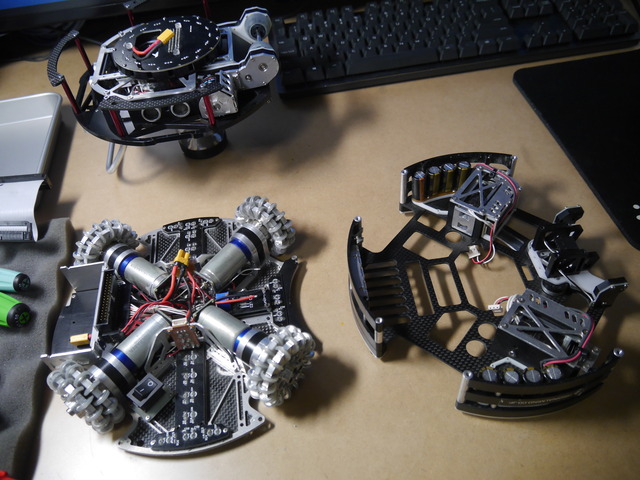